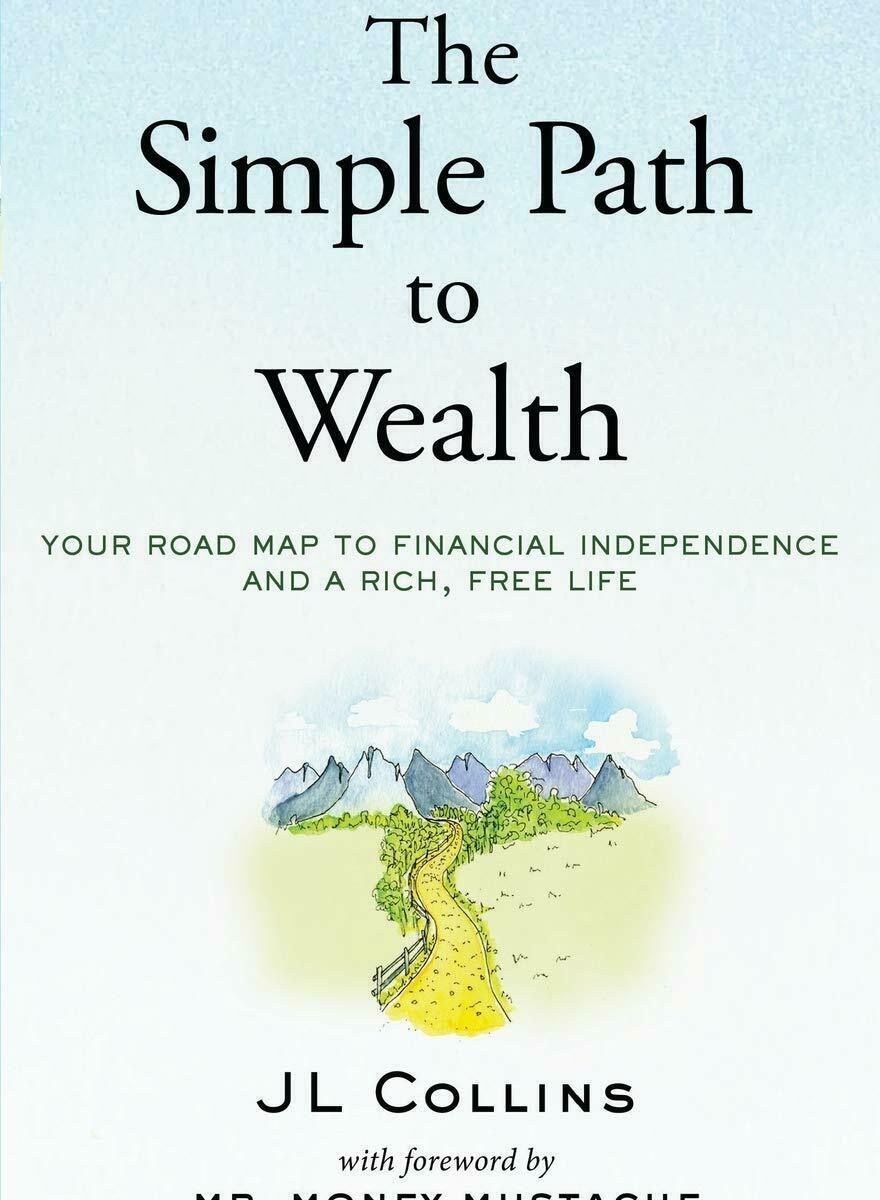 This book has been highly recommended by the FIRE community, and my wife wanted to read it, so I got it for her birthday. I picked it up Sunday morning and read through most of its hundred and fifty or so pages in under two hours, so here’s a bit of what I took away.

A good portion of the book reiterates the benefits of having financial independence, or F-you money, and relates Collins’s personal history getting there. This book, which originated as advice to his daughter, who didn’t want to have to time working about making her money work for her, basically boils down to a few simple pieces of advice: keep your spending low, keep your savings rate high, and throw everything into a low-fee, broad market index fund. The market has always gone up, and always will, he advises, and claims that his strategy is fool-proof over the long run.

And for people that can stick to the plan, it likely is. I’ll not argue against the merits of aiming for financial independence, nor the fact that aggressive savings with no debt will get one there fast.

I had a few quibbles reading the book, which likely stem from my own bias. I realize that my financial situation right now gives me no authority to argue with Collin’s assumptions, and I lack the personal data to prove things otherwise. If I had been more vigilant with record keeping over the years I could compute my own personal returns over the past twenty years. A quick look at my IRA’s total balance from January 2017 to today (up one hundred percent) versus the VTI during that period, up about fourteen, looks good to me, but there’s rollovers and contributions to factor in that make a direct comparison useless. Anyways, the book isn’t intended for someone like me, that likes spending time on financial investing and taking measured risks. It’s target for people that want the simple path.

Index funds, index funds, index funds: Collins says stock picking is a fools errand and recommends buying broad index funds, specifically Vangard’s total market index, the VTI. He spends a good deal of time on this, beating it into the reader over the course of the book. You’re not Warren Buffet, he says, and notes that the reason the Sage of Omaha and people like him are revered is because they’re so rare. He cites statistics on fund manager performance over the year, and shows that the only thing they’re good at doing is earning fees from their clients. He likewise disdains financial advisers, for similar reasons. Like stock picking, Collins thinks market timing is impossible. He notes that doing so successfully requires being right twice.

As noted, I’m heavily biased against following this advice. It may be that I need a good knock on the head, and I might be a bit arrogant from getting lucky with some tech plays when I was younger. It may be that Bitcoin has corrupted my brain. I’m totally willing to examine my cognitive biases and try to prove myself wrong. Granted, I’ve lost money on some foolish trades over the years as well, but I think that I’ve also tempered my panic response, and don’t sell when things go south. That’s what stop limits and trailing stops are for! I didn’t panic sell when the Corona pandemic hit the markets, I had cashed out some of my larger positions when the market fell off a year ago, and started buying when things crashed and started rebounding.

And I’ve been buying bitcoin almost every week for the entire bear market. And I have a plan on when to start selling that, also. But enough about that.

The market always goes up: Collins makes a great point about upside risk here. Since he recommends buying the entire market, it makes a lot of sense. Bankrupt companies stock can only go to zero, but the upside on those that survive is unlimited. It’s a great point that can be adapted to lots of other things as well. Just a few days ago I told my wife that if a take a new job with a traditional firm, my upside is only going to be whatever my salary will be, but if I do some entrepreneurial advising for equity stakes, my upside is unlimited. And Jason Calacanis, like other angel investors, likes to point out that venture investing only requires you to be right three times out of a hundred. Two of them to pay for the other ninety-seven, and the last one to be your unicorn.

Having the discipline to do something like that is an entirely different story, and is neither easy nor simple. And it’s easy to piss on the concept of perpetual growth when it seems like we’re living through the fall of the Roman empire.

Other advice: Collins gets into a lot of tax strategy, and goes over the various savings and retirement account available here in the United States. And the idea of a Roth conversion ladder fascinates me. There’s a lot that I skimmed over quickly, like the section on bonds, and retirement withdrawal suggestions, that just didn’t interest or apply to me.

Do I recommend this book to others? Absolutely, especially if they’re just getting started on the FIRE journey. Will I be practicing it myself? Probably not. I’m too fascinated by cryptocurrency, DeFi, LendingClub and venture/entrepreneurial opportunities to just park my money in an index and let it ride. I may start thinking differently in the future, and I do need to go back and look at the opportunity cost of the investments that I’ve made over the years to know for sure.

For me, my simple path to wealth is via Bitcoin. The next two years will show whether it’s the wrong one or not.