I’ve been slowly converting to Ubuntu over the years. Neal Stephenson’s In The Beginning Was the Command Line made Linux seem like such a rage when I read it years ago, but I had always been slave to the GUI. Things started to change a bit when Microsoft started pushing Powershell. My manager at the time said that it would “separate the men from the boys” and I’ve been making a push to start building out a library of PS scripts to use to during Windows Server deployments and migrations. 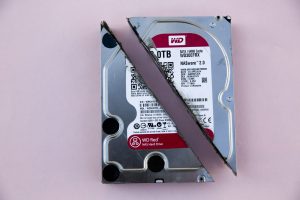 I’ve been exposed to *nix plenty over the years. My first job after high school was at an ISP, and I remember watching in awe as the sysops guy would bash his way through things to disconnect hung modems or do this or that. I forget exactly when I started getting into actually using it, but I remember setting up LAMP stacks back in the day to setup PHP apps like WordPress or Wikimedia when I was working at the Fortune 500 firm. Cryptoassets led me further down that world, compiling wallets from source, deploying mining pools on AWS instances. Computer science courses opened me up to the world of sed and regex. I still haven’t gotten into emacs or vim — I’m not a sadist.

As someone who’s been supporting Windows operating systems pretty much for the past 20 years, one of the realities that one often lives with is the reality of having to reinstall the operating system. I did so many during the time that I operated my service center that it was as natural as turning it off and back on again. Luckily I’ve managed to keep a few boxes up and running for several years now –knock on wood– but my primary work laptop hasn’t been so lucky. It’s five+ years old now and has probably been redone 3 times. The last time I went ahead and took the plunge and installed Ubuntu. I still run Windows in a VM since my job relies so much on it, but I’m becoming more and more comfortable in it that it’s becoming my preferred OS.

One issue that I’ve been struggling with on this setup is that from time to time my system will halt. I might be in the VM, working on something, or browsing Chrome on the host and it will just lock. Sometimes it seems to be when I open a resource-heavy tab. I don’t know if it’s a resource issue between host and guest, but it’s been annoying while not bad enough that I can’t just reboot and keep going.

Today has been a different story.

Earlier I noticed that the system was starting to become unstable. Fans were whirring, Chrome was starting to hang up intermittently, so I went ahead and restarted the guest OS. Only this time it wouldn’t come back up. Stuck in a automated system repair. I downloaded a boot disk and tried to mount the system. Wouldn’t even get that far. Finally I said ‘screw it’, unmounted the disk and started creating a new one. That’s when I started getting into raw vs. vpc vs. qcow2, ide vs. virtio, pouring over CPU and RAM allocations. I spent hours trying to get the disk to come back up. I think it had something to do with the format I used when I originally set up the disk. It might have been a swap issue or something, but since I’m running it off of virtio now it seems more stable. Time will tell.

As for the original vhd, I eventually copied the data file off of the local file system on to an external, and was able to fire it up attached to another Win10 no problem. I deleted the original on my laptop and copied the copy back and was able to get it to spin back up. I think it  may be something to do with the fixed allocation of the vpc file vs. the dynamic sizing of the qcow format.

Today has been a reminder to check backups on all of my systems. Thankfully Crashplan has Linux support now, so I’m going to get that deployed ASAP.