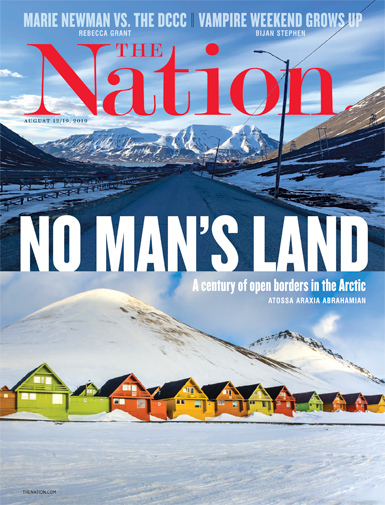 We are really behind on our periodicals, and have quite the stack building up on our bookshelf. We’re going to be catching up over the next few days with a flurry of reading and posting.

Go Not Abroad In Search of Monsters, by David Klion: The title of this article is taken from John Quincy Adam’s Monsters to Destroy speech. Quincy is the namesake for a new transpartisan think tank who’s aim is to restrain America’s foreign policy.

[The] Quincy Institute for Responsible Statecraft, which states that its mission is to “move US foreign policy away from endless war and toward vigorous diplomacy in the pursuit of international peace.”

This think tank is apparently the love-child between a number of liberals and conservatives, including perennial boogeyman George Soros and arch-fiend David Koch. This is really promising. If The Quincy can be effective at keeping the US out of the next international conflict, then I am all for it.

One notable takeaway that I hadn’t heard before is Quincy’s executive director’s definition of transpartisanship, as opposed to bipartisanship. Bipartisanship, she explains, implies that each side is giving up some of what they want in compromise. Transpartisanship means that both sides are “collaborating on issues they already are in agreement over.” It’s a definition that I will be stealing in the future.

Marie Newmann vs. the Democratic Machine, by Rebecca Grant: If ever there was a subject near and dear and to me, it’s Progressive challengers to the Democratic party establishment. I’m not ready to dox myself quite yet, but I was an organizer for the 2016 Sanders campaign, as well as a staff for an unsuccessful Congressional primary campaign. This article does well to highlight Newmann’s challenge to conservative Democratic representative Dan Lipinkski, but I’m not sure there’s more to take away from it.

Right-Wing Troika, by Bryce Convert: Review of State Capture, by Alexander Hertel-Fernandez. State-level politics is another game that I’ve been involved with, and Republican Scott Walker’s successes in Wisconsin has been something that’s interested me. In my case, it’s been to pine that Democrats hadn’t dropped the ball so spectacularly over the past decade and lost so many state legislative seats and governors mansions. The GOP had a great strategy and implemented it brilliantly, with ALEC and other think tanks that helped push policy out in the states.

The left has a lot to learn from the conservative playbook, especially the Wisconsin model, and has a long ways to go to catch up. Hopefully State Capture will help the road to recovery.