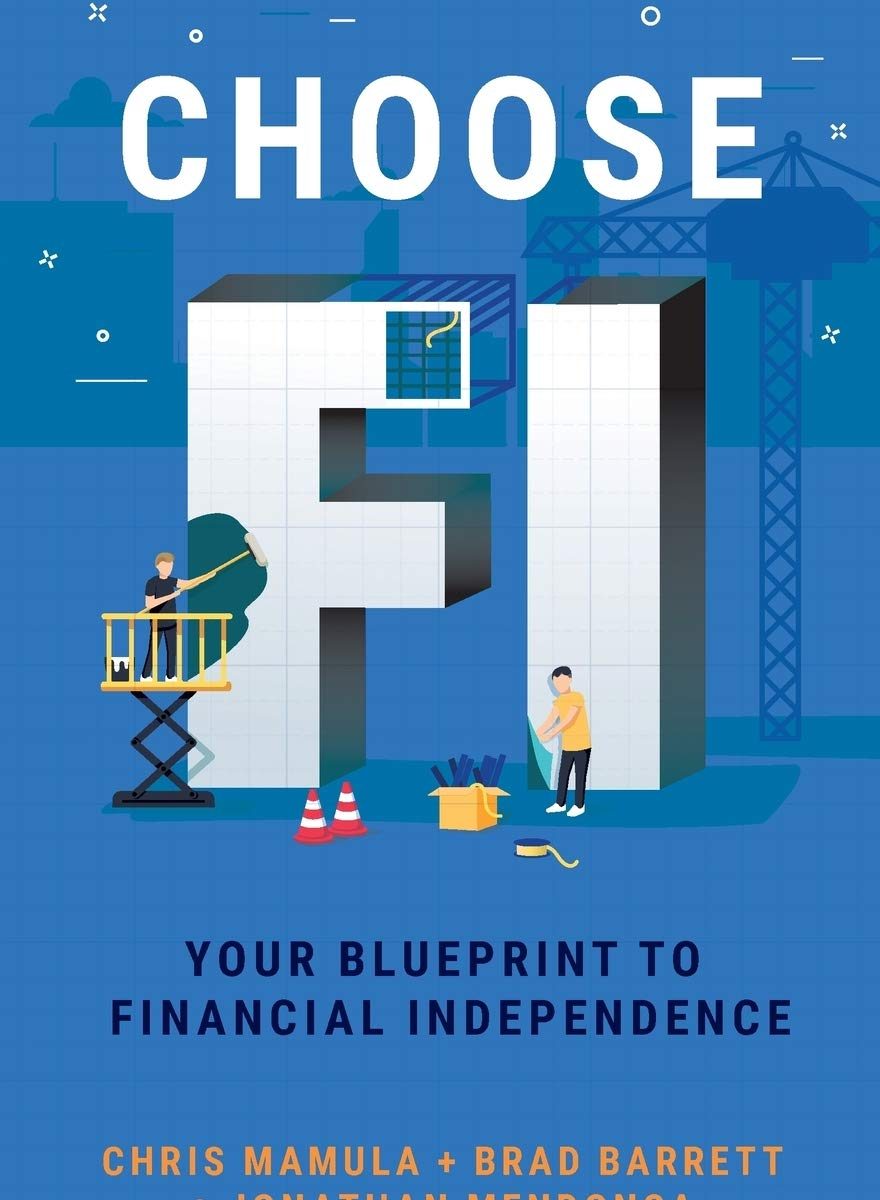 My wife and I don’t usually read too many of the same books. Beside some sci-fi and fantasy novels, our non-fiction reading preferences don’t overlap too much. She likes trashy novels and I stick to political, business, and technological based non-fiction. She recently discovered the FIRE movement, a group of people trying to build freedom from wage-slavery through financial independence. She picked up ChooseFI a few months ago, and has been listening to the related podcasts regularly. Since being able to redefine work has been of great interest to me, I decided to make a trade with her: I would read this book and she could read one of mine. I’m looking forward to her upcoming review of The Future Is Faster Than You Think — as soon as I finish it.

ChooseFI is an introduction to the financial independence movement. The last two letters of FIRE are for retire early, which the authors acknowledge is a bit of a misnomer, as many who have achieved FIRE continue to work. The general idea behind the system is to lower expenses and save up enough money to be able to fund your lifestyle via the interest earned on these savings. The first step is determining your magic number. By taking one’s annual expenses and multiplying it by twenty-five, you will have the amount needed to be able to maintain that lifestyle off of a four percent rate on those savings. These concepts are given as the rules of twenty five and four percent.

Determining this number and thinking about spending in terms of twenty five times (or three hundred if you’re talking about monthly expenses) can produce a dramatic shift in mindset. A simple example: spending three dollars a day on an energy drink or coffee each workday might cost you fifteen hundred dollars a year just to purchase, but maintaining that level of spending from savings income will require a whopping thirty seven thousand dollars in the bank. Another example: we’ve had a housekeeper come by our home twice a month, at $130 a visit. That’s over three grand a year, in direct expenses, over seventy eight grand to maintain during retirement. Putting these costs in this perspective creates a stark shift in priorities.

Of course the goal of living FIRE isn’t to live life as an an ascetic, it’s about prioritizing the things that one wants out of life. As a self-help book, Choose FI does a good job of laying the ground work toward setting priorities, developing a growth mindset, and mapping out the path to get there. There’s chapters on US tax savings, advice on college, career and networking, and investment tips that focus on real estate and house hacking, investing in index funds, and building a business.

As someone who’s taken a hands-on approach to managing my retirement and stock accounts much of my adult life, I found the chapter on index funds to be the weakest. I understand that for most people, picking a low-fee Vanguard index makes the most sense, but reading the following passage in the days following the worst daily drop in the S&P since the Great Depression struck me as ironic:

Buying an index fund means making a bet that the system continue to grow and prosper. Some will argue that this will not always be the case. After all, societies and economies have collapsed in the past. While this is true, I’m not basing my plan around a worst-case scenario that may never come.

To be fair, the authors have acknowledged the current pandemic and situation in the markets in their recent podcasts. From what I’ve heard, it sounds like they are exercising caution and urging listeners not to jump at the current fire sale prices. This is probably wise advice for most people.

The book is perhaps a bit longer than it needs to be, and I found myself skimming through the book the more I reached through the end. There are lot of personal stories from both the authors and many of the chapters showcase others that the authors have met or interviewed on their podcasts. I suppose it’s to be expected in an introductory book like this. The chapters on tax strategies and real estate investing were of the most interest to me, and the author’s point to other resources where readers can find more comprehensive resources.

That said, the authors deserve credit for the community building that they’ve built. I hesitate to use the term ‘media empire’, but I did experience a tinge of jealousy at some points during the some points, reading about how they quit their day jobs to focus on their Choose FI company, or others who were able to retire at thirty five based on their real estate holdings.

My wife and I may have seen the light a bit later in life, but we both understand that our parents path of working a nine-to-five for fifty years is not the way for us. We’ve got a long way to go until we’re in the position where we’ll have the freedom to work when and where we please. If anything ChooseFI has given us a similar perspective and opportunity to discuss and define what that life would look like.