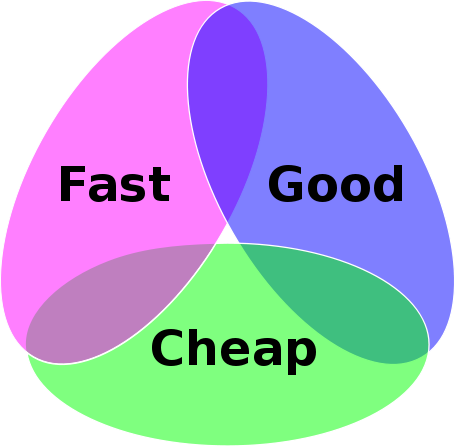 It’s been a little over one year since I started blogging in earnest. I’ve been taking a look at the archives from last July to see what I was writing about back then. When I started, I think I gave myself a three hundred word target, just to get in the habit. Today, these posts routinely run two to three times that length, and with some posts in excess of fifteen hundred words. The content of those early posts were more focused; I had the habit of writing a post for every book or magazine that I read, but today these posts are mostly journal exercises for the most part.

My most popular posts have been on technical issues, two about a WordPress hack and an Windows server issue seems to drive most of the traffic here. My exploration into Facebook’s Prophet machine learning tools gets another trickle. I’ve yet to find a focus for this blog beyond whatever strikes my fancy for the day, and I’m content to continue with it as is, making small adjustments as necessary. However, they say that no one ever got where they wanted to go without a plan, so some critical fascimilie of a plan might have to come together at some point if I want this to be a part of a long-term career strategy.

For now, it serves enough for it to be a place where I practice my writing muscle. If I write, I am therefore a writer, so it goes, and every day that I write the better I get. I’m closing in on three hundred posts here, including ones older than a year old. (This count doesn’t consider the archival posts that are monthly roll-ups from the previous incarnation of my WP database.) I’m hoping that by the time I reach five hundred I’ll be even better. We’ll see if the traffic to this blog increases along with it. Time will tell.

The kids have been incredibly difficult this morning. We all got up pretty much at the same time, and I was unable to get much done till after they left for their grandmother’s house. Younger has been especially sensitive this morning, but both of the girls seem intent on making a sport out of disobeying me. I was unable to get either of them to do their studies this morning, and at one point I had them both taking timeouts in the kitchen, which they made into a game where they tried to laugh at each other while I made lunch. I shouldn’t be mad but I did lose my temper briefly from having to repeat myself whilst being ignored repeatedly. Hopefully they’ll be better behaved when they come back.

I’ll admit that part of the reason for the discord here in the house is due to a text I got from my WordPress client basically firing me from the project. When we had set out, I thought I had made perfectly clear that this was going to be done quickly. I believe my exact words were something to the effect of being on the cheap and good areas on the project triangle, and that if we needed to move to the fast that they should let me know. As we entered the third month of our engagement, they let it be known that they were frustrated with the pace, and that I had expressed some doubts about my ability to deliver the project. I had expressed some frustrations about the work that I had inherited. This was mostly due to the amicable arrangement that we had started out on.

I think one of the major mistakes I made taking on this project was not properly scoping it and setting expectations. Another WP developer in my area charges twelve hundred dollars for a basic, four or five page WP site, and this project involved a major redesign and restructuring of an existing site. Easily a six month project at the rates I was charging. That obviously wouldn’t have flown if I had proposed that at the beginning.

I did identify several aspects of the redesign that I wasn’t going to be able to deliver on my own, mainly image assets. I was having a hard time gathering stock photography to match what they were asking me for. When I made this clear to the client, and told them that delivering everything I felt needed to be done within the accelerated timeline was going to be difficult, they told me that they had other developer resources that we could bring in. I said by all means.

This hasn’t been going quite the way I hoped it would turn out. In anticipation, I wrote up a project summary, invited the outside dev to my Basecamp, where I had all of the project notes and tasks, and spent several sessions building out a backlog of things that needed to be done. I told the dev, a PHP and Laravel dev from Pakistan, that I needed their assistance with one particular task: setting up the MemberPress plugin for us.

It doesn’t seem that any of that has even been considered. When I got the text, to the effect that development would proceed from scratch due to the difficulty in determining what I had done, I checked logs for the staging site and saw that no one besides myself had even logged into it. So something else appears to be going on. I suspect that besides the English language barrier, the outside dev might be more of a Laravel developer than a WordPress one. And I find it highly ironic they’re starting from scratch, when I literally spent two months trying to figure out what the last dev did.

I’m trying to tread a fine line here given that this engagement is with someone I consider to be a friend. We had gotten into some heated discussions about this, and you know the old saw about mixing business with pleasure. Still, my friend is enough of a intrepid entrepreneur that I considered this a baby step into what should be the start of a mutually profitable enterprise for both of us. When they broached the subject of terminating the arrangement with me a few weeks ago, I was so held by a sense of honor that I basically volunteered to finish the work for free. That’s why this morning’s message stung so much.

I replied back with as much tact as was possible given the cortisone flowing. I told them that the outside dev hadn’t even given a cursory look at what I had done, and I asked that they take another look at the progress I had made in the past few days before they pulled the trigger on a redesign. Further, I said, even if they did insist on moving forward with a new project, I intended to continue my development on the staging site until I was satisfied that I had fulfilled my promise to deliver the redesign and the membership features by the end of next week.

This project has taught me a lot already, both about WordPress development, but aslo about managing client expectations. I have got to spend more time focusing on the business side of the relationship, and establish some formal contracts and work blueprints so that expectations are better managed up front. For now, I’ve got about twenty hours of work left in the month in which to deliver and salvage this project. Failure is not an option, and neither is ruining this friendship.