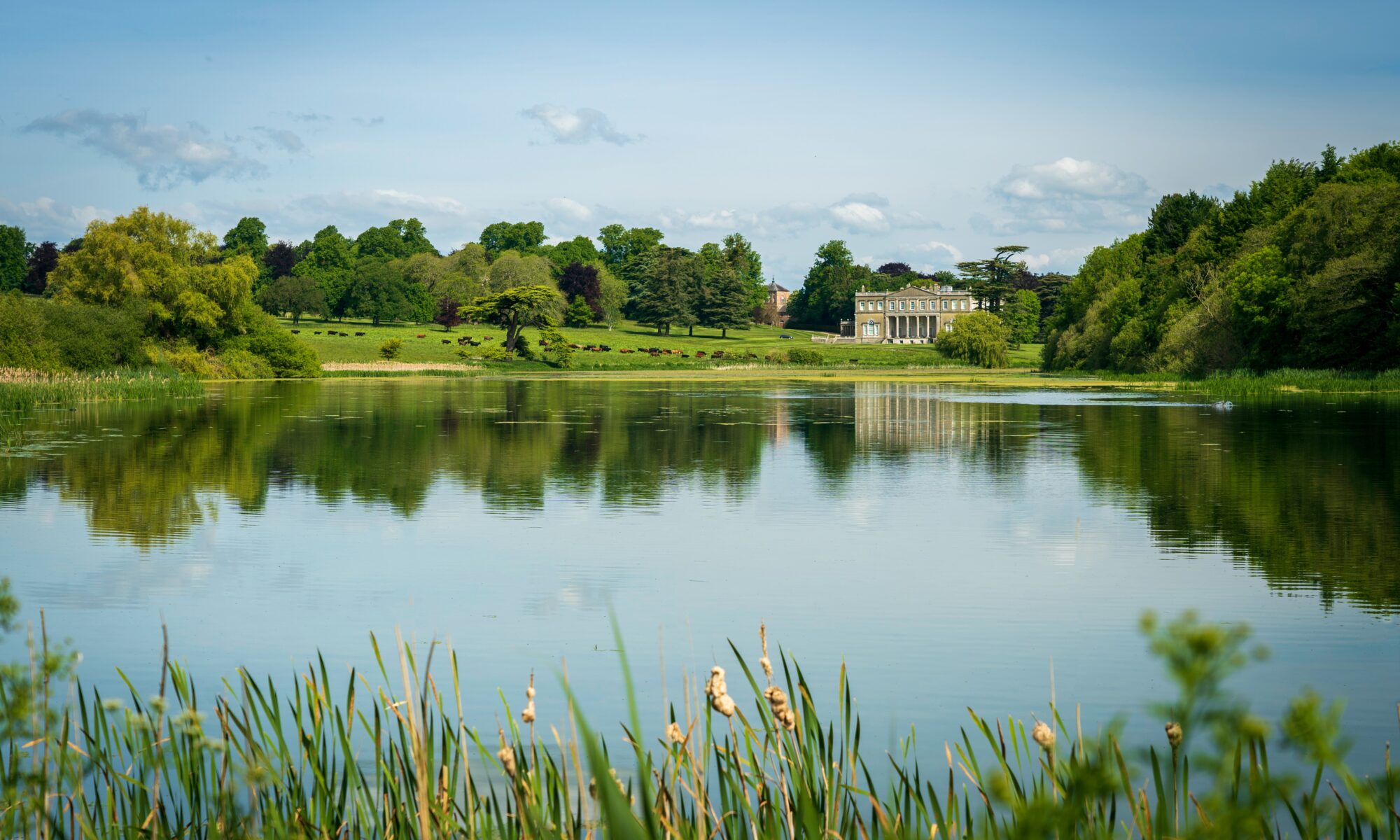 The girls take a safari to collect minnows.

Yesterday was as close to ideal as I can imagine. I’m still having problems with the wifi at one client site, but yesterday was mostly free of unplanned work. My WordPress client is happy with the project summary I wrote, and I spent some flow time last night moving things from my dev workstation into the staging site. Things should start moving from here.

I’m having a hard time with the workflow around WordPress development as it relates to continuous development. Mostly that the sites aren’t easily reproducible from one environment to the next, or rather that they don’t sync well from a version control standpoint. Since most of the content, and a lot of the configuration is in SQL, it makes syncing things rather hard when changes are made between different environments. I might just be complaining for the fact that I have to replicate a lot of work for failing to plan this out up front. C’est la vie. It’s not too much work, I should have it up to speed in a few more hours, then I work on completing the rest of the project, and hopefully be able to stay in sync with the client.

I’ve also passed a bit of a milestone with my exercise activity, and have passed one hundred pushups in a day. I’ve gotten into the habit of doing three sets a day: first thing in the morning when I’m waiting for my tea to heat up, before I sit down to eat lunch, and before I get into bed for the last time to read. When I started a month ago, I could hardly do twenty at a time, but now I’m doing over thirty in the morning and managed my age, forty one, the last two nights. I suppose I’ll keep going until I can do a hundred in a go, but will likely need some kind of sheet to track my progress. I also have a task on my personal kanban to get a pull up bar installed somewhere so that I can start working on that. I’ve never been able to do more than a couple at any point in my life, so getting to twenty would be a great accomplishment.

Late this morning, I sent the girls outside for some fresh air and play, and they promptly hopped on their bikes and ran off down the street to where our quarantine family lives. They came back a while later with E., a year older than Younger, and K., who stays with her grandparents during the day and is slightly older than Elder. They played in the backyard, and I put out some drinks and made PB&J sandwiches for their lunch. At some point a bit later I noticed E. playing in the backyard by herself, and stepped out to figure out where the other girls were at.

Our street is near the end of a mostly quiet cul de sac. At the very end, between two houses is a small pond, separated from the river from a small, low embankment. We often take walks to the duck pond, as we call it, either for walks or, when they were younger and unable to venture farther, bike rides. There’s a small wooden post fence at the sidewalk the pond, and I’ve always reinforced that the kids are free to come to the duck pond, but are never to go on or past the fence.

A few days ago, my wife, trying to urge the girls’ sense of discovery, bought a couple of backyard discovery kits for the girls: binoculars, hand-powered flashlight, compass and magnifying glass. She tempted to prime them with books about bugs and birds. We had been outside earlier in the day with them, and I had been encouraging them to birdwatch, which was nearly impossible with the cheap binoculars, which seemed to be wholly ineffective.

So her I am, stepping onto the front porch and scanning the street, to K., Elder, and Younger, riding back toward the house, the two older girls with beach buckets hung over a handlebar on their bikes. I was not amused, but tried to play it cool.

The buckets were full of water, along with a dozen or so small minnows. I was upset, but didn’t let out a temper. I chided them for going to the pond, reiterated that they were not to go past the fence again. Elder confessed innocence, saying that K. had been the one to cross the fence. Being more amused than angry, I let them keep the minnows, interested to know what they were going to do with them.

I decided that it was my parental duty to inform K.’s grandmother what had happened, so I walked down the street, in the opposite direction from the pond, to tell her. The woman had been in the neighborhood for decades, had raised K.’s mother in the same house, and her granddaughter knew better, she told me. I thanked her and left and walked back to my house, to find the kids in the backyard with the hose, filling water into a small toddler pool into which they had put the minnows. “What do minnows eat?” they asked me, as I went on to explain what algae was. In hindsight of what happened after I probably should have known better.

A few minutes after I went back inside, Elder came in the house. I asked her what her sister was doing, and when she replied that she didn’t know I immediately opened the door to the garage to find Younger flying off on her bike in the direction of the duck pond. I called her back, this time letting my anger known that she was going back down to the duck pond by herself, after I had just forbidden her to so. “But K. is down there,” she sobbed back. I pointed her inside, put on my hat and sandals and started walking to the pond. About halfway there, I saw K. coming back on her bike. I think she saw me and actually crossed the street to avoid me. I crossed and called her to a stop.

I confronted her, as carefully as I could. In her hands she was carrying a small plastic seedling container, filled with greenish pond water. “You went back over there after I told you not to. You better go talk to your grandmother and tell her what you did.” She hustled off.

After the first incident, I had been mulling over what action to take, and had actually looked up the names of the property owners on either side of the pond. Our city has online property records, so it’s a trivial thing to do. The pond seemed to be jointly owned by both of them, only one of whom was familiar to me. I grabbed two business cards, a small notebook, and took off down to pay them a visit. The last thing I wanted was an incident with my kids and my neighbors. The kids already thought they owned the street, I didn’t want them thinking they could just break the rules like this. Plus, I thought there might be a way to let them explore the pond with supervision if I asked.

It turns out I was right. I caught one of the owners outside and explained the situation, handing him my card and asking him to please let me know if he ever caught the girls out there without supervision again. He was understanding, both of the risk and that kids are kids. That said, I asked, would he be opposed to me going over there with the kids if they were supervised. He did not, so I thanked him and went to knock on the door of the other neighbor. After introducing myself and explaining, he wondered if I had been the man throwing a rod in the lake a few days ago. I assured him no. “I told him not to bother,” he said, since there were no fish in the pond. He then added that they were getting ready to stock the pond with some catfish very soon.

“Well if that is an invitation, sir,” I said, “then I may gladly take you up on that offer.” Thanking him, I left and walked back, past my house, on to tell E.’s father and K.’s grandmother. Before I got there, I spotted my neighbor, F., an older gentleman, who had lost two fingers cleaning up ordnance in Germany after the close of WWII. “F., do you fish?” “Not anymore,” he replied, pointing out that he still had some rods in his garage. I told him about the pond and asked if he had one to spare. He led me into the garage and gave me a small freshwater rod, which he agreed to accept ten dollars for. Laying it aside, I went and knocked on K’s grandmother’s door for the second time.

I explained that she had disobeyed again, but that the situation had been handled, that I had spoken with and cleared things up with the neighbors. Also that I was planning on making some time in the next few days to let them properly explore the water with supervision, but that if they were caught there unsupervised I was going to have to separate them for some time. We parted, and I walked home again, stopping to pick up my new rod on the way.

“I have some good news,” I told the four girls as I walked into the back yard, holding the pole over my shoulder. I found them dipping their toes into the minnow-filled pool, now with bits of grass leaves and dirt for good measure. I told them I had permission to take them to the pond, that there were soon to be fish in it, and, pointing the rod at them, that I had just secured a the means with which to do it. Elder could not have been happier, having been asking me for weeks to go fishing. I again admonished K. for disobeying, me for the second time, having learned from her grandmother that she had no spoken to her, and told her to go home and talk to her. She claimed that she had told her grandfather, but I was not about to get into the middle of a debate and sent her home to sort the issue out.

I retold the story at least two more times this afternoon, once to E.’s father, who was excited to try his hand at fishing himself, and with Missus, who alternated between concern and amusement as I told her about our new minnow farm. I pointed out that this was only a logical result of her attempts to stimulate the girls’ curiosity by buying them safari kits, to which we both shared a good laugh.

Now all I have to do is learn how to fish in the next few weeks.

gm. Spent a lot of time to realize how ephemeral Solana is. Ex: the Serum event queue is a circle buffer, meaning that once it's overwritten, trades data is gone from the program entirely. Compare this to EVM event emissions.

Explaining to my mom -- who worked a gov't job till she was 65 -- how her 40-yo son quit his job and now manages 100s of thousands of dollars in **checks notes** video game spaceship NFTs. pic.twitter.com/PCL2TNDhcj

The last two weeks have been utterly exhausting but I am so happy to be able to hit send on this. twitter.com/saiadao/status…

gm. TIL that including a bundled dependency in package.json with a file: designator does not redirect to the file location during build time. Yarn copies it to node_modules and uses that to build. Which is why I went insane yesterday.