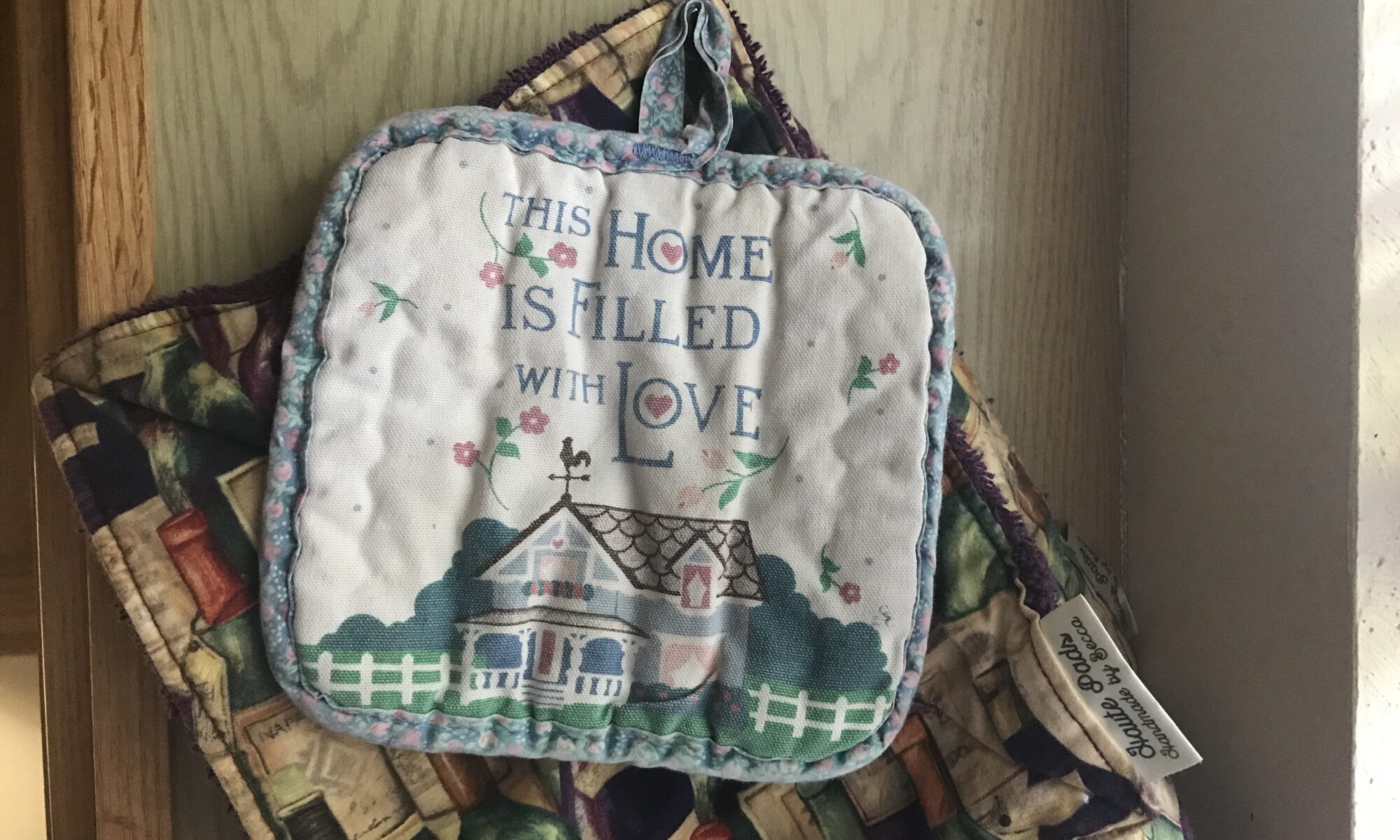 Just don’t mind all the yelling and crying

I seemed to have jinxed myself yest. erday. After remarking just how idyllic yesterday morning was, things quickly devolved into a battle of wills between Elder and myself that ruined the entire day.

One behavior that I’ve noticed in Elder is her propensity to make “trades” with her sister. She’s usually being manipulative, and often takes advantage of Younger, and this time was no different. I was working in my office downstairs, the girls were in the kitchen eating a snack, when Younger started crying out at her sister. Younger had picked a bag of mini-chocolate chip cookies, Elder Cheez-Its, and Elder had made a trade of four cookies for four Cheez-Its.

So that you might have more of an insight into the mind of my rising eight-year old, I might add that yesterday I caught her taking a bowl of trail mix, replete with M&M’s outside to eat. Since I didn’t want them all sharing from the same bowl, I went to call her back in, and found her reclining on our patio couch in the shade, Younger and the five-year old neighbor, E., rubbing her feet like she was in the spa. She was bribing them with the candy. Incredible!

Summoning my inner King Solomon, I broke out the food scale to weigh one of the cookies, explaining that one cookie was obviously worth more by weight than the Cheez-Its and calculated that Elder actually owed her sister somewhere between twelve and sixteen of her treat for the four cookies. This took about thrice as long as it should have, since Elder kept trying to interject and complain while I spoke. My patience shortened, but I managed to resolve the situation, and went back to work.

Elder has another stubborn habit she turns to when she gets in a stink of refusing to do something that I ask and then fighting with her sister to do it after I ask Younger to help me instead. And that’s what happened next. We were planning a trip to a nearby nature park in the afternoon, so I wanted the girls to get their safari kits that Missus had bought them. When we tried to put all the items on the table, Younger was missing her flashlight and Elder her binoculars. And here is the trigger that’s been bothering me for days.

“Where’s the x?” Shrugs. “Well go look for it.” Silence. It drives me nuts, and I have told the kids that if they don’t know, then I expect them to go look for it instead of just telling me that they don’t know. I asked Elder to go look in her room for her binoculars, to which she pouted back that they weren’t there because she had just cleaned her room yesterday. She crossed her arms stiffly and sat back in a chair. I asked Younger to go look in the Harry Potter closet, where we had made a bit of a hidey-hole in the closet under the stairs, and gave Younger the flashlight belonging to Elder so that she could go look for it. By the time I had made it upstairs and found the binoculars in Elder’s room, the two were fighting over the flashlight and I was a boiling pot of rage spilling over.

I won’t go into the details from here, other to say that my wife was outside on the back deck and came back after hearing the cursing and yelling. We had a bit of quick therapy session about what had happened and how we were going to deal with what just happened. The facts were that neither of us wanted to send our kids back to daycare, but we would have to if we couldn’t find a way to manage our jobs and taking care of the kids. My wife has had her outbursts as well; both of us came from families with explosive parents. In my case, setting grownups to yelling was a bit of sport for me and my cousins. I resolved that the answer to prevent me from having explosive outbursts was to not tolerate those untolerable behaviors in my children.

And thus began the battle of wills.

I began by going into Elder’s room and apologizing or losing my temper. Nothing else, just “I’m sorry for losing my temper.” I said it twice, hoping she might break her icy glare, so I left her and went back downstairs. I wound up going to the library and getting about thirty books, and spent twenty dollars at DollarTree on various things. When I got back, Elder was still in her room. I wound up spending most of the day with Younger, playing with the plastic baseball and bat I had picked up, and reading some books.

Mid-afternoon, a few of the Little Rascals showed up, K. and E., so I called the girls out. I stopped Elder before she went out, telling her that I wanted to talk about what we needed to do to prevent what had happened earlier. I told her that I expected her to follow my directions. Taking a queue from Douglass Rushkoff’s experiences with improv’s “yes and” rule, I told Elder that the words “I can’t”, “I won’t” and similar were not to be uttered from her mouth, and that I wanted her to respond “yes, Dad,” to any directions she was given. She could throw on the “and” with any objections or challenges that she had afterward.

I don’t know how many chances I gave her there in the foyer, but I tired of it and told me that I wanted her to write me half a page on why it’s important to follow directions. This was another, tactic my parents had taken with me as a child. Perhaps it would work better. She objected, and I doubled down, telling her there would be no privileges, no screens, &c., until she complied. She stormed off to her room.

I realize now I’m screwing up the timeline a bit here. It’s amazing how quickly I’ve forgotten the exact order to events. It’s amazing to think that we can consider our memories accurate after years. Age and importance certainly matter, this was no 911, obviously, I just mention this as a note my later self. Enough digression.

Her friends came back a second time, after I told them Elder was being punished, and this time I let Younger go out without them. Elder eventually came down, whining about some complication as her way of asking for help. I laid out her notebook, and a pencil and sat down at the table with a couple of crosswords.

Elder often claims ignorance to things I have just told her. I assume it’s just defiance, but it may truly be that the words don’t register in the first place. So we go back and forth, and I usually just let her sit there in silence, waiting to see if she’s bluffing or not. I gave her a line to start with: “why I should listen”, but I told her that I was not going to sit there and spell words for her the entire time. “Write fast, write wrong. The goal here is to get the thoughts out of your head, not to be correct,” I have often told her.

I finished yesterday’s crossword and started on that day’s, looking at my watch I told her that if she wasn’t done by three o’clock, in half an hour, she would be grounded for the rest of the day, and that she could give me her essay in the morning. She sat and hrmmfed at me for another fifteen minutes.

I had told her that if she found it too difficult to write something, that I would accept “yes dad, okay and” written ten times on the page. She finally did this in all of five minutes, but before I let her go I wanted to make sure that the lesson had gotten through her head. “I don’t want to hear ‘I can’t’ or ‘I won’t’, or ‘you can’t make me’ out of your mouth again. Do you understand?” She obviously did not, and went right back into her defiant backtalk. I pointed to the page, at the words she had just written, one, two, three times. I held back the inner Red Queen screaming “off with her head,” and told her that I wanted her to write the phrase ten more times.

The wailing continued again, and I pointed out the clock was rapidly approaching three. So she scratched out the lines, and I repeated my questions again. Finally, an “okay dad,” came from her mouth. Obviously a hug was too much to ask for, so I let her go out to join her friends.

I am not going to jinx myself this morning and make any claims about the domestic bliss I am enjoying. To the contrary, Younger, back in my bed this morning, woke me up no less than three times during the night with her tossing, got out of bed before my wife and I, and then decided to return to the room with some loud furball toy her auntie mailed her yesterday for her birthday. I already put her in timeout once for not leaving me to my writing. Elder on the other hand, is in good spirits, and we shall see if we can make it last through the day, and end the week on a high note.