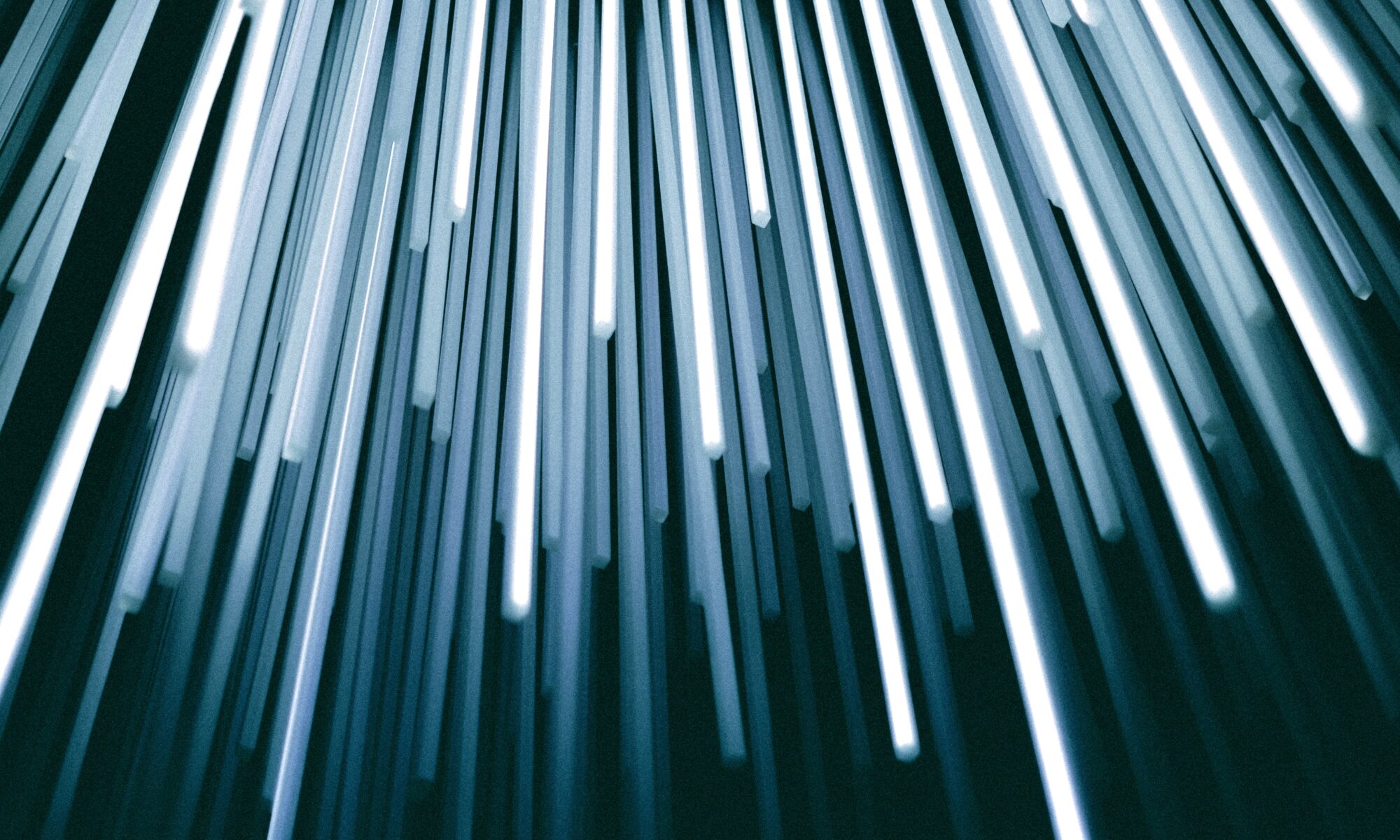 We’re now in the third month of The Great Lockdown, and for most of us it’s now the new normal. Households and businesses have made adjustments to deal with the restrictions and new procedures needed to keep people safe from the spread of COVID. Many tech firms have officially pivoted to remote first operations for staff, and many others are doing so unofficially. Perhaps the only question remaining at this point is how far things will return to the old ways. My guess, not so much.

I’ve been working from home for several years now, and have some insights into where things are headed, at least in the context of knowledge work. My day job involves supporting a number of small business, some of which operate with their staff completely distributed, so my experience is mostly in the medical and professional services industries. Leave aside traditional brick and mortar businesses that rely on foot traffic, like restaurants and lifestyle businesses for the moment. And I am of course writing while holded up in my cozy house with my family, under no pressure to leave for work and deal with the public. I have friends, neighbors and clients who are working the front lines in healthcare, and I have deep gratitude for them and for those others “frontline heroes”, keeping the grocery and retail supply chains moving for the rest of us.

Amazon and other digital platforms have been eating away at the real world for many years, and COVID has accelerated the transition dramatically. To steal a phrase from Tobe Lutke, CEO of Shopify, “2030 came a decade early”. People around the world have been forced to undertake massive changes in reaction to the pandemic, and we’re so far into it now that it’s hard to believe that that things were ever different. Future Shock has been barrelling at us for decades now, with the advent of personal computers, the internet, smartphones and wireless internet impacting generation after generation. It seems that the Singularity is nearly upon us. The last three and a half years of the Trump administration have seemed like a decade in themselves. All of that pales in comparison to the changes that we as a society have had to undergo these last three months.

To understand where we’re going, we must go look back for a moment and review the changes in economic and labor practices that have occured since the end of World War II. Since then we’ve transitioned from long-term, single company employment that traditionally ended with a gold watch and a pension, and have replaced it instead with a short-term, shareholder focused, gig economy. Productivity and investor profits have steadily increased for the past thirty years while real wages have remained stagnant. And it’s doubtful that we’ll see any progress on this issue, regardless of who holds the White House at the end of January next year.

Immense social pressure by large swaths of society, as we are currently seeing with the Black Lives Matter protests around the world, can be effective at spurring political action at the National level, but I remain skeptical that we will see much movement with regard to the economic sphere in the next twelve to eighteen months. It depends on whether we can continue to successfully deal with the pandemic. I am not an optimist on this point. I will note though how relatively quickly universal basic income went from being a humorous component of Andrew Yang’s presidential platform to a serious contender for COVID-related economic woes. For now, we’ll have to settle for our twelve hundred dollar stimulus checks.

If one is to use the stock market as a bellwether, it would appear that the economy has already rebounded from the huge hit it took in the weeks following the lockdown. The lack of any meaningful relationship between stocks and reality should be apparent to most. Recent gains have either been driven by the continuing extraction of value from small and local businesses by Amazon and other ecommerce platforms, or from the harvesting of attention and personal data by Facebook, Twitter, Google and others. And now, the Fed has turned on the spigots through what they call “unlimited quantitative easing”, releasing over six trillion dollars to banks, where most of it has gone into the hands of those who need it least. This has caused no lack of excitement among the Bitcoin community, who have taken the “money printer goes BRRR” meme to the next level as they build the narrative of bitcoin as a way to both defund the state, short (as in stocks) governments, and opt out of the traditional central bank based fiat system. I count myself among them, but I’ll save that for a future installment.

That said, data from LinkedIn does show that hiring is up for tech workers. Platform firms that enable developers and entrepreneurs to build on top of their systems are on somewhat of a spree lately. Twilio, a text messaging provider, Stripe and Square, two internet payment firms, as well as GitLab and GitHub, built around a popular software development tool, are all rapidly scaling up to meet demand. And there seem to be no shortage for software developer or engineering jobs that I see, especially for those in government-adjacent industries or those with heavy math and science qualifications, like artificial intelligence and data analysis.

It also appears that most of the healthcare industry, especially the mental health profession, will be safe from any negative economic impacts of COVID. There was previously no shortage of people needing treatment for depression or post traumatic stress disorder, numbers that are rising as people deal with the stress of the pandemic. Indeed, there are number of platform companies that have been offering telemedicine related services for therapy and non-emergency services. That seem to be on the uptake. I myself am currently involved with one.

Let’s turn our focus to the technical side of our new normal.

Perhaps the biggest early winner among the remote-work enabled companies was Zoom, which became synonymous with video conferencing in the weeks following lockdown. Then there was the inevitable backlash, following both privacy and security concerns around Zoom’s default settings and misleading encryption claims. Amazon has been a big winner, both because of quarantine-induced shopping as well as cloud driven usage on AWS. Google Cloud Services Microsoft’s Azure are no doubt doing well also, and there are indications that Apple may be trying to enter the space also.

Microsoft has been in a bit of a battle recently as well, after the CEO of Slack, a remote workspace collaboration service, announced that Microsoft was obsessed with “killing us”, and announced an integration partnership with Amazon AWS. I’ve been using both Teams and Slack for some time now, in different roles, and I don’t think either is in any immediate danger. I’ve got theories about what type of companies choose one or the other, Slack for more tech-focused firms, especially development houses, and Teams for those that already rely on other Microsoft services such as Exchange Online or Sharepoint. I don’t have any hard evidence on that yet, and it may be that a lot of people, like me, will continue to use both for various teams.

My day to day responsibilities involve managing Microsoft Office 365 cloud services for clients. We’ve been pushing them off of older SMTP/IMAP services to Exchange Online for several years now, since it’s just plain better. What amazes me though is that most of our clients have no idea of the myriad other services that come bundled with O365 these days. In fact, I have a hard time keeping up myself. Besides Exchange, Teams and SharePoint are probably the most prominent, and the ones that we push the most, but there are a number of other useful apps bundled with O365, like Forms, Flow and Planner. The problem with O365 is that there are so many product offerings within them that it’s impossible to keep up unless you dedicate a lot of time and resources to them. The issue is multiplied with Azure and AWS, each of which has dozens of services.

I’ve spent the last dozen years of my career building and managing business networks, server and supporting end end users and their equipment, what’s known as managed services in the industry. I realized several years ago as the app economy took over, that these types of services would soon become a commodity, and that competition, especially low barriers to entry, would soon drive prices in a race to the bottom. I think I’m being proven right on that point, but what I didn’t really anticipate was that it was not just managed services providers that are being hit by this, but essentially all industries and verticals.

The overwhelming drive today among business is the tendency toward fewer and fewer employees. Tech tools are increasing employee productivity, apps and automation are compounding their efforts. Some jobs are more resistant to this than others, but the number of administrative staff needed to manage a large organization is rapidly diminishing. As I noted last April:

I wrote about businesses as operating systems last month, so I’ll not repeat myself wholesale save to say that successful businesses in the next year or two are going to be the ones that figure out how to utilize these digital tools to allow them to scale. Even currently sustainable businesses with no interest in growth are going to be forced to deploy them, as the pressure to become more lean will build up from competitors that are. My focus remains on exploring how to deploy these tools in a way that helps my clients streamline their operations. My working hypothesis right now is that businesses that do will survive and thrive and those that don’t will languish and die.

We’ve seen how quickly the world can change. There’s no going back.