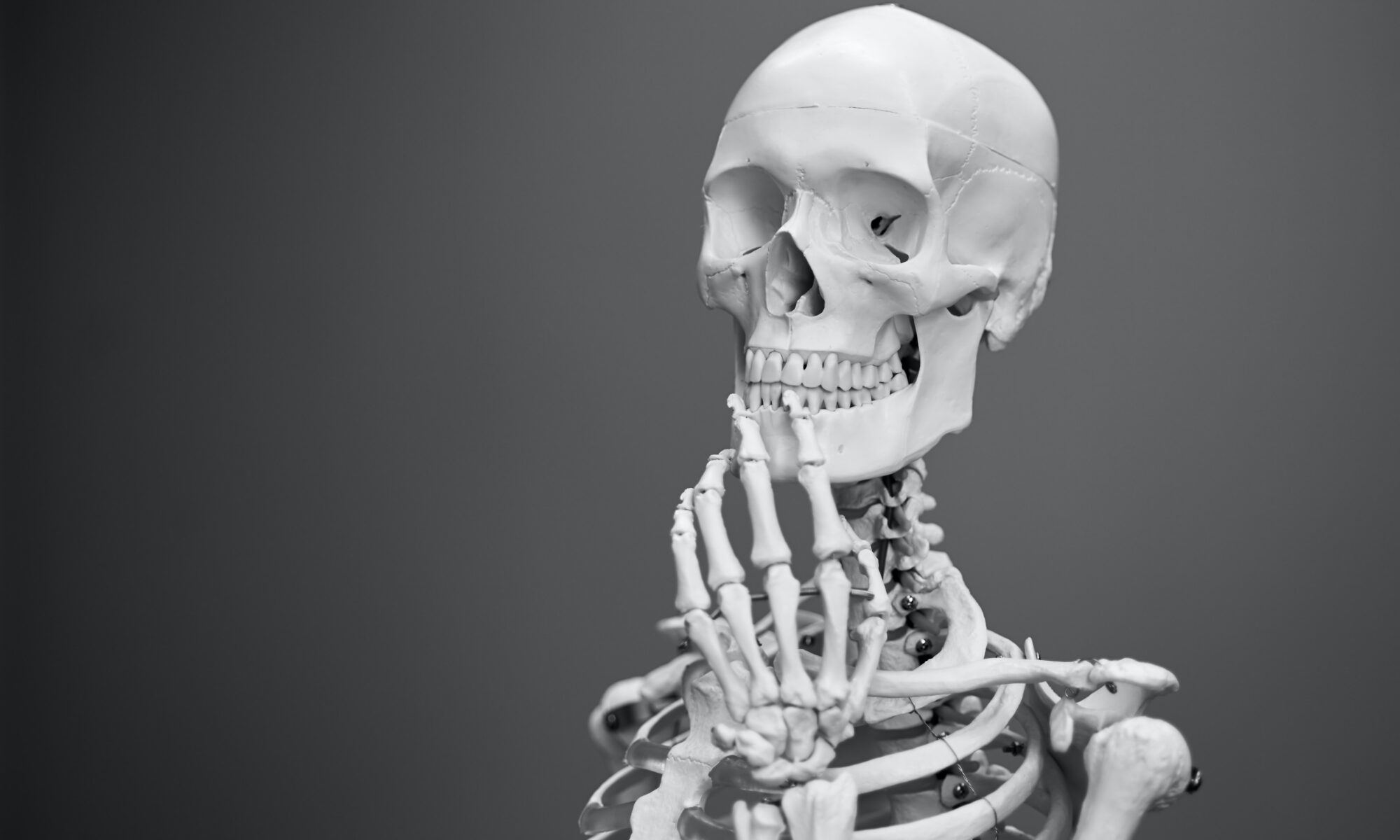 Down the Venkatesh Rao rabbit hole

Venkatesh Rao popped up in my Twitter feed recently, and I’ve been digging through his work, most notably Ribbonfarm, but also Breaking Smart and The Art of the Gig. I just finished his magnum opus The Gervais Principle, which is interesting in an of itself, and I found his reading list and take on gig work fascinating in itself.

The Gervais Principle is a complete philosophical structure that Rao picked up while watching The Office, it basically deconstructs why the show works so well, and the reason why it’s so cringe-worthy. Now I haven’t watched The Office in many years, and summarizing Rao’s thirty thousand word treatise here is ultimately going to miss a lot of the subtleties, but I’ll try anyways. I wrote briefly about it a few days ago.

Society is made up of three classes of people, Losers, the Clueless, and Sociopaths. The losers, (in the economic sense) are people who are basically resigned to make up the mass of people within an organization, and make up your typical working class Jane or Joe. Within this group you have slackers, who are aware of their place and see no need to put in any extra effort, and the unaware loser, who is usually gung-ho about doing a good job. This second type of loser is sometimes promoted to Clueless, as they are needed as a buffer zone between the losers and the sociopaths, who are the Gordon Gecko types within the organization who are focused primarily on extracting as much wealth from the company and getting the hell out. The Clueless, in Rao’s words, serve as control rods between the tops and the bottom of the pyramids, and prevent the whole thing from blowing up.

Rao goes into great detail about how this plays out, ascribing different types of language that the various groups use among themselves: powertalk for the Sociopath to Sociopaths, posturetalk for the Clueless to the everyone, and babytalk for everyone to the Clueless. There’s a few others, and Rao provides some convincing examples of each. Furthermore, he cites about two dozen business management books as his references. Rao is a prolific writer, it seems, and one could easily get lost for weeks trying to read all these sources. Rao himself spent over five years writing The Gervais Principle. Good luck.

I’ll note that I tried to explain this theory to Missus, who works in mental health, and she accused me of trying to mansplain sociopathy to her. I told her Rao’s definition is a homonym of the term, and not a redefinition of the DSM manual. I’m not quite sure she’s going to go for it the way I did. Part of the reason I find it so amazing is that it gives me a new way to frame social and political interactions, and once you see it, it’s impossible to unsee. I’m not going to completely psychoanalyze my life here and now, but it’s easy for me to see how much of my life’s inner misery has been caused by conflict between my tendencies along these lines, mainly my status as overachieving Loser with Sociopathic aspirations, even though I mostly wind up Clueless.

I don’t want to spend too much time here going more into The Gervais Principle, it would really require a reread, and quite possibly a rewatch of the entire run of The Office to discuss further, and Rao has so much more content that is worth exploring. I like the fact that the Ribbonfarm has a guide for new readers, but I’ve only had a cursory look at the rest of the content. (Blockchain Man is definitely up next on my list.) Breaking Smart looks promising as well, focusing on the the theme of software eating the world. And The Art of Gig, which focuses on freelancing, is really what I need in my life right now.

The latest post, Model Questions vs. Actor Questions, is useful because it forced me to re-evaluate the type of work I want to be doing as a technologist. Do I want to be a model, or someone who is interchangeable and doesn’t stand out, or an actor, someone who is known and differentiated among their peers? The latter, obviously. This requires a reframing of the type of questions I need to ask myself about what type of clients I take on and how I promote myself. It is definitely going to force me to re-evaluate my goals. Rao defines modeling, in the context of freelancing, as “consolation prizes for jobs,” which makes perfect sense.

The next post on The Art of Gig, Sparring as Tenure, has some interesting ideas around thinking vs. doing. When one starts out in a field, they’re mostly doing, and over time one should be able to reduce the amount of doing they get paid to do as income shifts to thinking (read: consulting or advising) work instead. I am clearly failing in this endeavor. In my day job, I’ve managed to offload a lot of the end user facing tasks, but because the size of Zombie, LLC has basically collapsed with me as the center of technical operations and service delivery, I’m stuck doing most of the grunt work.

On the other hand, I have been successful in reducing my time spent working to the bare minimum, that I might focus on other projects during my day to day. I basically consider myself a retained employee at this point, on call during certain times of the day and with a certain baseline of responsibility that I’m expected to uphold. Compare to my other friends in the industry, this baseline is very low. My goal at this point is basically to be able to go offline one or two days out of the week, to be able to focus on deep work projects outside of my day job. These will be the core of my new consulting efforts.

Part of my difficulty lies in the fact that I’m trying to go independent in a field separate from that which I’ve been doing for the past twenty years, basically, going from end user support to business network systems engineering to software development. I don’t have the prior performance needed to demonstrate my competence. It’s what’s holding me back from applying to many of the software engineering roles that I’m finding. Instead, I’m going to have to continue doing for now, building up a new portfolio of work, social proof if you will, that will allow me to pick up new work and build my consultancy. Eventually, I will be able to provide value by presenting ideas, and have the implementations left to others. That’s an exaggeration, of course, since I’ll hopefully never stop doing the work that I love to do.

The theme around what I’m doing now is changing, of course. I’m no longer content to just take on whatever support projects are out there, forced to take on whatever clientele I can take. I’d like to be afforded the opportunity to be more choosy with the projects that I take on, that are more interesting and challenging that the type of work that I disdain today, like troubleshooting people’s workstation issues. For now, it pays the bills.

In the long term, even the thinking type of sparring work that Rao and his guest contributor describe will hopefully give way to self directed work, income generating activities like publishing ebooks, or things like Substack subscriptions. If the below graph is accurate, I should consider myself successful if I’m able to reach this point by the time I’m fifty. We’ll see if I can hack it.

Lastly, I wanted to mention Ryan Robinson, who I was introduced to via this sensational Medium post, How This 30-Year-Old Made $451,238 Blogging in 2019. I haven’t delved into Ryan’s blog yet, but I wanted to mention it since he seems to share a property with Venkatesh Rao, namely, ultra longform content. Ben Thompson’s Stratechery should be included here as well. This seems to be a common characteristic that I’ll need to emulate if I’m to have any hope of making a living out of my writing. Of course, I may have to consider affiliate deals as well, and should probably mentally prep for the fact that I’ll need to keep writing for several years before things start taking off. Next month will mark one year since I’ve been treating this blog as a job.

We’ll see how things go from here. There are many things I’ve got to figure out from here. I don’t think I’m going to be able to maintain pseudonymity much longer, I’ll have to make a decision to unmask myself and stop writing publicly about the people in my life, or just stop reposting content across identities and platforms. I have a feeling that the daily content will have to change. I made a decision to focus the Substack on longer (two thousand word) posts, which is too much for me to maintain here with the random topic of the day, so I need to figure out what it’s going to be.

For now I’ll just keep reading from others who have had success with it, and emulate them as much as possible. And in the meantime, keep on writing.